Today we have had James for 8 years.  Amazing!  I am crazy about him and have to say that this one little laugh he has is one of my favorite sounds in the world.

That being said, things might have to change.  Okay, probably not, but last night nearly killed me.  We have this long standing tradition for the birthday kid to wake up to a bunch of balloons and their gifts on their birthday morning.  They love to see it first thing and it's always lots of fun.  (yawn)  Last night James could not fall asleep because he was so excited.  Now, I understand this as I used to puke on Christmas Eve due to the anticipation of what was lying ahead.  Patrick said I was a softie but we gave him a gift to open at 9:30pm and then tucked him in.  He was in our room about 3 more times before he finally fell asleep around 11:00.  Then he came in at 2:19 and wanted to sleep with us.  He crawled in and I promptly fell back to sleep....until 3:00am when he informed me that it was 3:00am and that he couldn't sleep.  I rubbed his back for a fraction of a second and fell back to sleep.  When he rubbed my arm and told me the great news that it was now 3:40am I LOST IT.  He scrambled out of our bed so fast and I didn't hear from him again until 6:18am.  I was already up, just stretching in bed, when he came in.  "I'm sorry for my actions last night, Mom." he said.  Oh, baby.  You are so lucky it's your birthday.  :)  Patrick and I got up and came downstairs with him so he could open his gifts.  He LOVED them.  Yay! 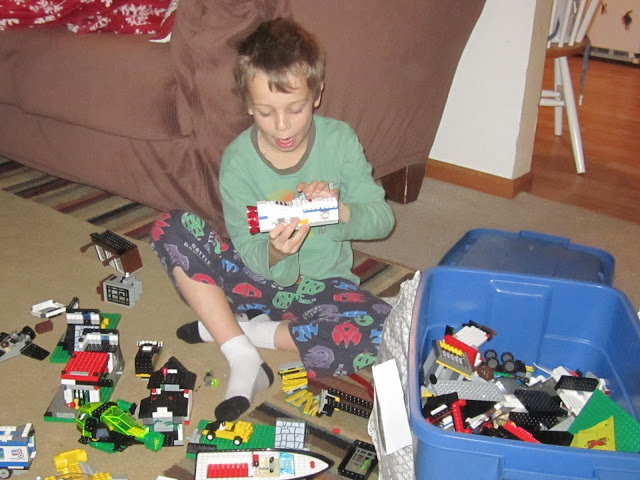 On Monday, less than 24 hours after I told my sister I was so sick of shopping, I found this Lego collection at the thrift store for $9.00.  (the tote that it was in costs more than that!)  I couldn't believe my eyes when I peeked inside and right away did that thing where you look around to make sure no one is going to snatch it away from you.  (you've done that, right?)  There is easily $200 worth of Legos here and James was THRILLED.  He kept looking over at us and saying, "I LOVE YOU!  I LOVE YOU SO MUCH!"  hehehehehehe.  (and now I can return the $40 remote control car I had gotten him that he and patrick would just have broken within the first 24 hours.)  :)  (he also got a wii game and a lego sticker book from us.)  He asked where they all had come from and I told him I bought another little boy's collection who had grown up and didn't want them anymore.  He said he is NEVER going to get rid of his Lego collection, even when he is as old as me and Dad.  haha. 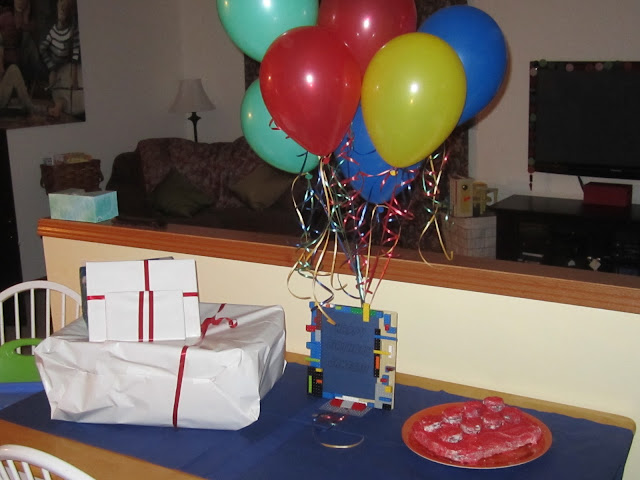 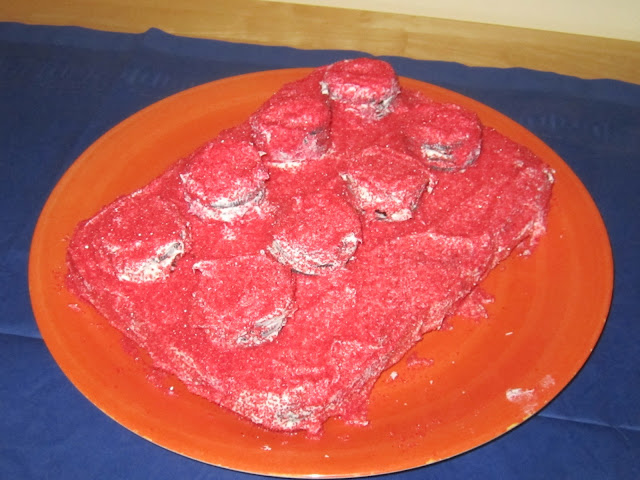 He noticed and loved the picture frame I made for him: 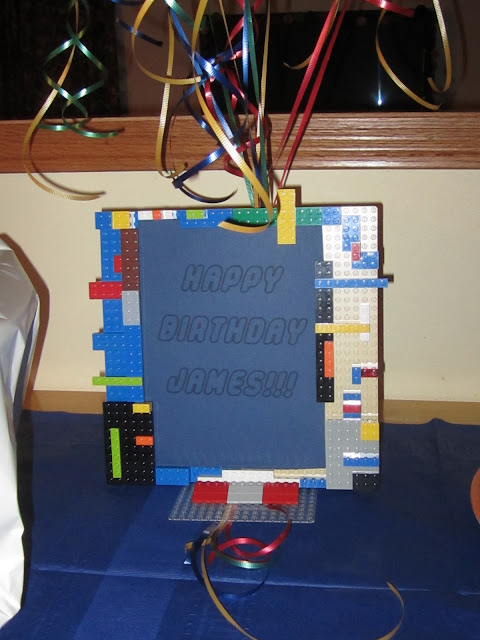 (idea found on pinterest, natch.)
Nicky joined us after a while: 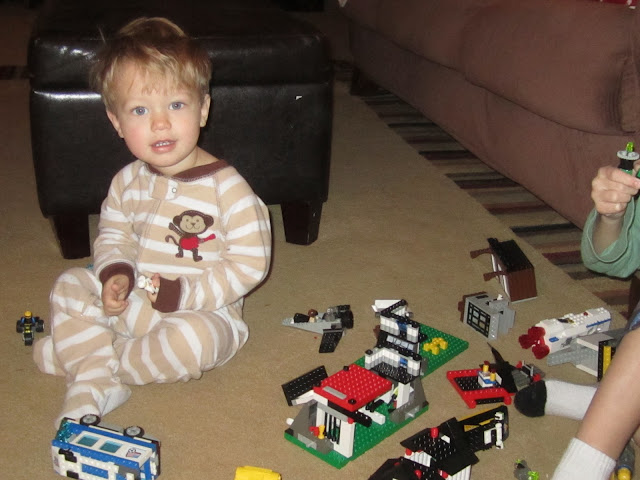 And then Ruby rolled out of bed a while after that for a cinnamon roll breakfast: 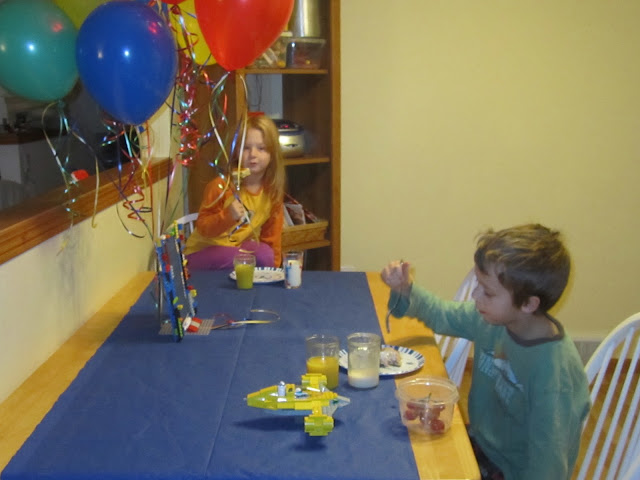 Nicky was in awe.  Oh, and James was super happy with his Robot bank too, Mom!!  And we are putting the baking soda rocket that his Grandpa Tom gave him together after school and his other Grandpa gave him a WII game, too.  He made out like a bandit this year.  :) 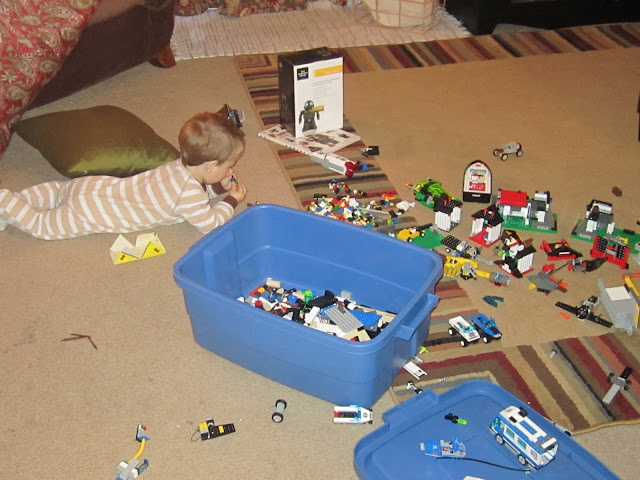 Here are some of James' other birthdays:  three, four, six and seven.  Oh, and here is the original birthday story.

I didn't have a blog when James was born but I did upload pictures to Yahoo Photo nearly every day.  (With captions, of course.  :)  )  They merged with Flickr and now I have to pay $25 to access all those photos.  I wish I had them today to just spam the heck out of you with James memories.  I told him today that we loved our first baby so much that we decided to have more...so very true.  Love you, first baby.  xoxoxo

I am going to sit down and enjoy some well-deserved coffee.  :)

xoxoxo to you, too. 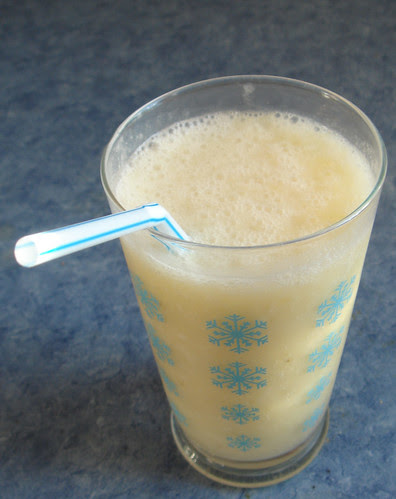